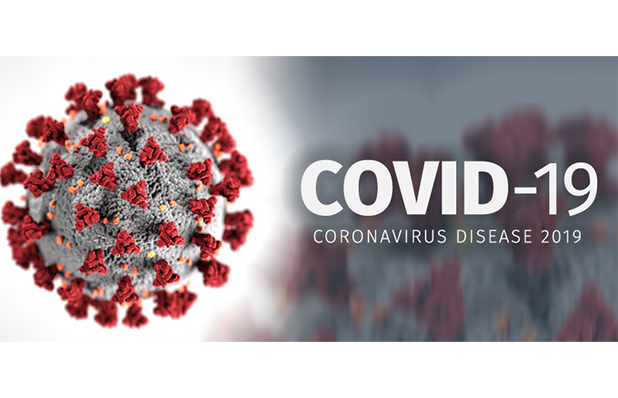 Currently, it is hard to avoid news and information about the coronavirus (COV-19), a new flu-like strain of disease that first came to prominence in China, but has since spread all over the world. Even here in Ft. Bend County, eight cases have been confirmed as of yesterday. Eight cases of a disease may not sound like many, but the combination of a lack of a vaccine, rumors of mass contagious possibilities, and concerns about the fatality rate of COV-19 have caused what can only be described as a panic in many parts of the country (and world). Stores are reporting that a panic-run on sanitizing materials, water, and even toilet paper has begun. Reports have surfaced that surgical masks and other medical equipment have been stolen from hospitals, presumably by people driven by fear to obtain them.

How should we, as Christians, respond to the issues raised by COV-19 and the reaction of people around us to the disease? How does our faith in Christ equip us to deal with the problems of disease and death in this world? How can we protect our loved ones? How can we show the love of Christ to those who are afraid and anxious? I think we need to keep in mind a few fundamental principles:

Christians Should Not Panic

We should not be driven by fear. This is a general principle that should govern the Christian’s entire life, not just the current circumstances. The Bible tells us that “God gave us not a spirit of fear but of power and love and self-control” (2 Tim. 1:7). This is not because we ignore fear or because we have the willpower to avoid fear, but it is because our Savior has given us peace: “Peace I leave with you; my peace I give to you. Not as the world gives do I give to you. Let not your hearts be troubled, neither let them be afraid.” (John 14:27) This should especially be true in times of panic and trouble caused by disease. Throughout history, Christians have responded to deadly outbreaks of disease with calm, compassion, and assistance for others. In the third century, a plague struck the Roman Empire, and a terrified populace shunned human contact and gave the ill over to death rather than risk contact. The notable exception to this reality was the Christian population in the Empire. Christians responded by reaching out and caring for the sick. The historian Eusebius described it: “All day long some of them [the Christians] tended to the dying and to their burial, countless numbers with no one to care for them.  Others gathered together from all parts of the city a multitude of those withered from famine and distributed bread to them all.”

During the Great Plague of London, it was ministers of the gospel like Thomas Vincent, who stayed behind and tended not only to their own flock but to the populace in general. We have even seen this in our day when the virulent and deadly outbreak of Ebola happened in 2014 and Christians served and helped victims. Among those who were involved in that ministry was the missionary couple the Writebols (known to our own Donna Bland). The husband came down with the disease but eventually recovered.

The Center for Disease Control (CDC) has issued warnings about COV-19 but has also urged people not to panic. For example, they have counseled against wearing masks, and instead have advised more practical measures such as hand washing, covering your cough with your elbow, and avoiding touching your mouth, nose, and eyes. You can find the COV-19 summary from the CDC here.

Christians Should be Prepared

But if we are not to panic, we also should not go to the opposite extreme. We should not act as if COV-19 is of no concern or be callous in the face of those who are afraid. Because the Sixth Commandment requires of us “all lawful endeavors to preserve our own life and the life of others,” we should be prepared to prevent the spread of disease. In many ways, this preparation would be useful even apart from the recent appearance of COV-19. The flu, for example, can be a dangerous illness, especially for the very young, very old, or those already in poor health. So we should take reasonable and practical efforts to prevent contamination and infection at this time.

What does that look like? First and foremost, we should follow the World Health Organization’s (WHO) and the CDC’s advice to wash our hands. Handwashing is a healthy habit at any time, but especially now. When you are at church or in a public restroom, or even at home, make sure that you (and your children!) wash your hands thoroughly. That means using soap and washing for at least 20 seconds (the CDC recommends you sing “Happy Birthday to yourself twice). Here is a video showing how to handwash. Avoid sneezing or coughing without covering your mouth and nose. When you cover, do so with a tissue (it would be good preparation to have some in your pocket) or the crook of your elbow. Although church is usually a time for handshakes and hugs, during the current situation, I would advise you to avoid such. A wave or elbow bump can be just as friendly. For the immediate time, for example, I will not be shaking hands with all of you at the back of the church. I have in mind not only my own health but the health of the 40th or 50th person to shake my hand! We will have hand sanitizer available in the narthex and the bathrooms for your use. When you leave the bathroom, not only wash your hands, but as you leave, use the paper towel to open the door and throw it away on your way out. There may be other precautions we will take in the coming weeks, and I ask for your patience and understanding in advance. Together we can show ourselves hospitable and thoughtful not only to each other but to all our guests.

Christians Should Have Perspective

We should not panic, and yet be prepared because as followers of Jesus, we should have the proper perspective. Life is precious and it is a gift from God. We should do all we can to preserve it and to be a blessing to others. At the same time, we should not be afraid, either of disease or even death. We know that this world is not the end and that Jesus has promised never to forsake us (Hebrews 13:5). It may seem unusual, but this current difficulty is an opportunity for Christians to show that their trust in Jesus is real. So real that it takes away fear when others around them are afraid. So real that they can serve others around them. I am praying that we, as God’s people, can be a blessing to others and show them the hope of Jesus. But then again, I pray that all the time, not just during unusual circumstances. May the Lord give you the calm assurance that comes from knowing He loves you and cares for you.

I appreciate your message and agree with your wisdom completely. Thank you.