Christ Church supports missionaries throughout the world. These missionaries give up comfort and proximity to family to serve the Lord in fulfilling the Great Commission. 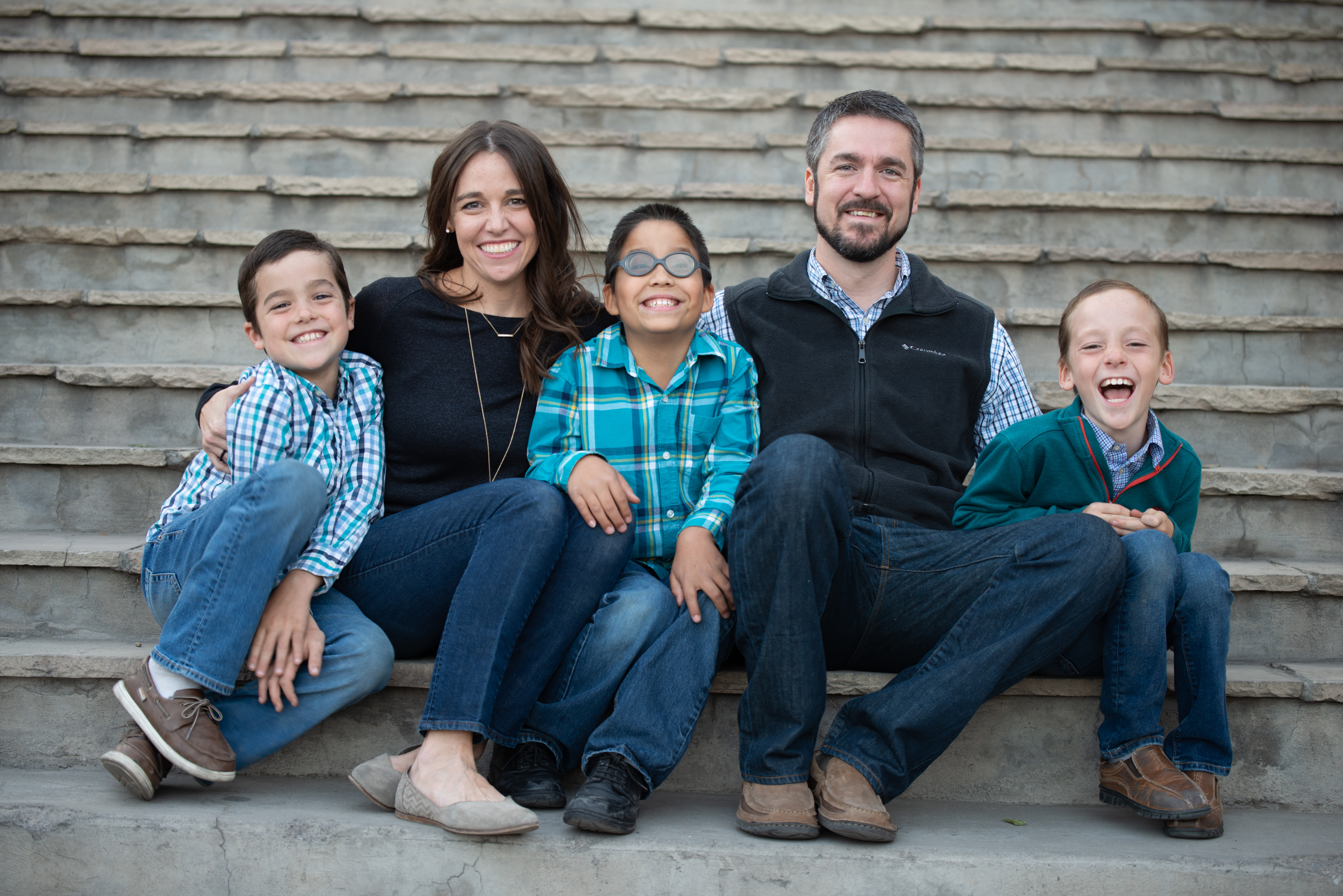 Nate and Nikki's desire for foreign missions began shortly after they married in 2004. After several years working in secular vocations, Nate earned his Master of Divinity and Nikki earned her masters in Christian Education from Reformed Theological Seminary in Jackson, Mississippi. Nate is an ordained teaching elder (pastor) in the Presbyterian Church in America. They served on staff in various roles at a church plant in Mississippi for almost seven years before leaving for the field.

The Bonhams arrived in South America in 2012 and spent their first year in Bogota, Colombia, where they attended language school and served alongside a new church plant. They then served for nearly six years in Arequipa, Peru in church revitalization, discipleship, counseling, and pastoral and lay training. They launched Seminario Bíblico Reformado in 2018, which serves almost 200 students across several countries. Currently they minister in Medellín, Colombia where they are involved in church planting, college ministry, and overseeing the further growth of the seminary. Their desire is to see Christ-centered and biblically-based churches planted across South America, and they believe this is accomlished through the Holy Spirit working through ministries of evangelism, discipleship, and mercy ministry. Nate is also the MTW Regional Director for the work in South America.

CONNECT with the Bonhams. 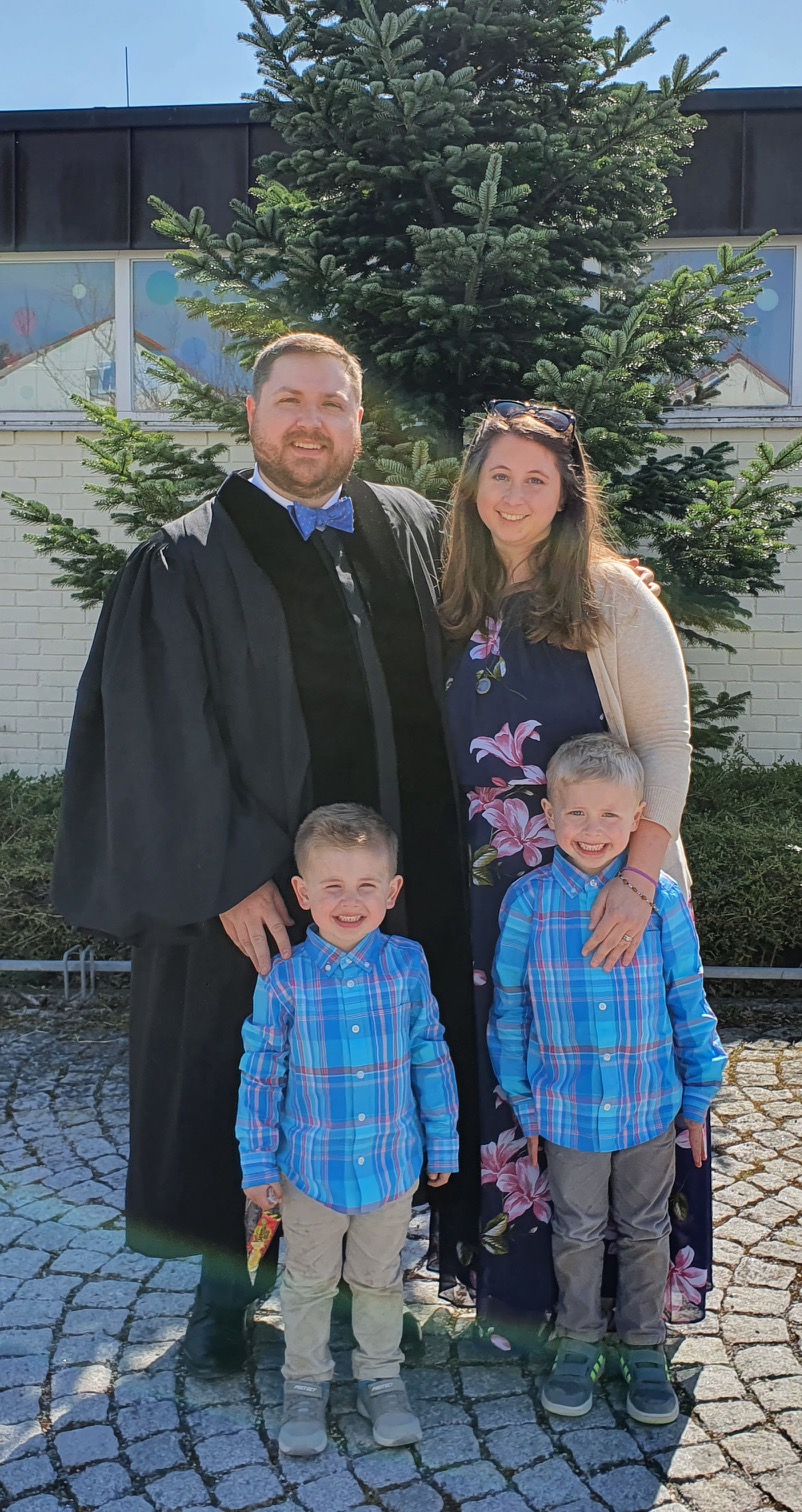 Nick and Elise met while training for short-term missions during their college years. He served in Eastern Europe, and she on the west coast of the United States.  Following their initial service in missions, they returned to Nick's home state of MS and and Nick took up study at Reformed Theological Seminary in Jackson. Their passion for and desire to do missions grew as they served at Providence PCA in Clinton, MS and The Independent Presbyterian Church of Savannah, GA. While in Savannah, their ministry often served members of the Military Community at Hunter Army Airfield.

After earning an M.Div. from RTS Jackson, Nick was called as the seventh pastor of Second Presbyterian Church of Yazoo City where he served for three years prior to accepting the call to church plant in Stuttgart, Germany. Nick is a missionary serving under the Commission for Ministry to the Military and Internationals of the Southeast Alabama Presbytery. Nick is involved in church planting, discipleship, teaching and is the pastor of Covenant Fellowship Church. Nick and Elise desire to see the gospel go forth among the Germans, American military personnel, and expats in their city. The Bullocks have three sons: Haddon, Benjamin, and Owen. 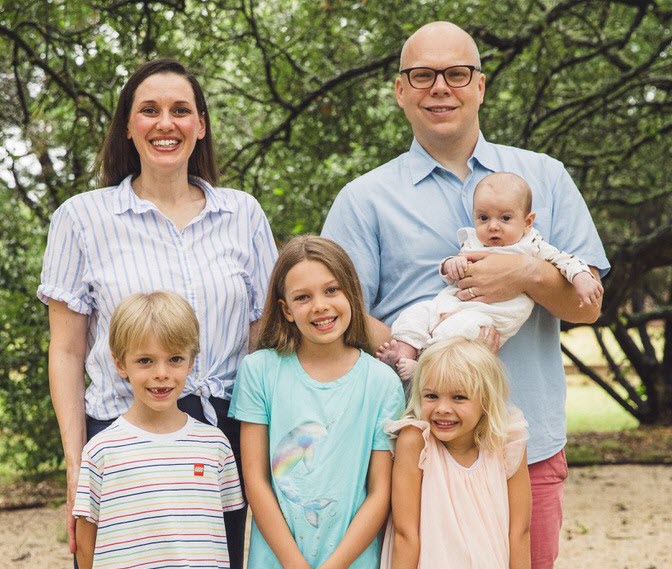 In 2019 Joe and Felicity completed their first term of service (four and a half years) in Japan, two years of which were spent serving with Yokkaichi Christ Church, where Joe learned firsthand to preach to and minster to the Japanese in their native language. Joe and Felicity’s vision is to raise up the next generation of young pastors and church leaders in Tokyo. After centuries of missionary effort, today fewer than one half of 1% of the Japanese are Christians. Joe is a church planter and team leader for MTW’s church planting team in Tokyo. In August 2020 the Congdons moved back to Tokyo to begin work on a new church plant in the Setagaya Ward of Tokyo, home to nearly 1 million people, the vast majority of whom have never met a Christian. In conjunction with this church plant, Joe and Felicity will also be helping to launch Reformed University Fellowship (RUF) in Tokyo and a strategic intern residency program designed to reach and train college students for a lifetime of ministry. Please pray for the millions of lost Japanese, especially the young families and college students who live in the Setagaya Ward of Tokyo.

CONNECT with the Congdons 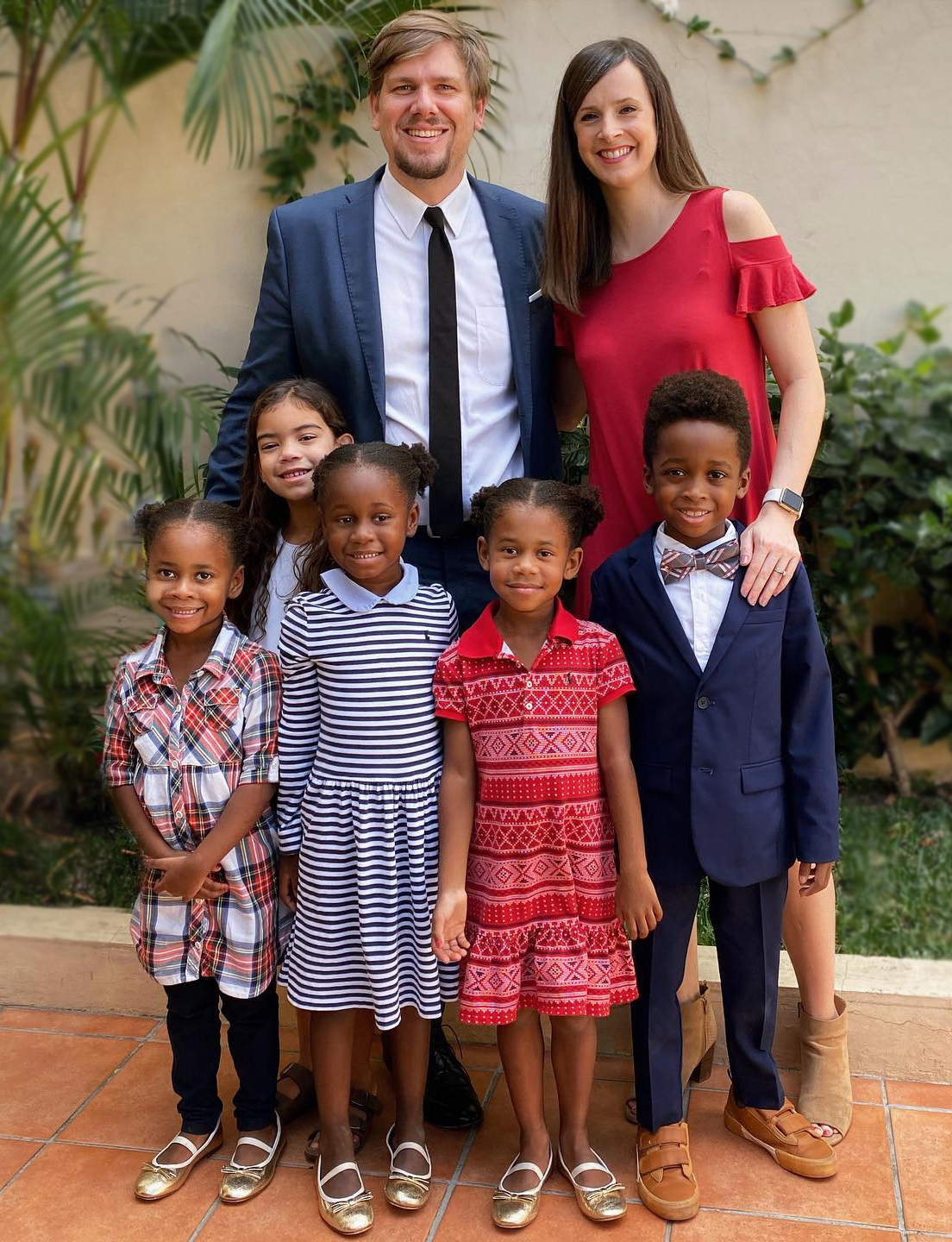 Aaron was born in Honduras and lived there until he was 10. Rachel grew up in Mississippi. They met on a blind date in 2004 and quickly realized they both had a passion for missions. Because of Aaron’s background, he had a desire to one day return to Honduras. Rachel served on several mission trips to Haiti, during which she realized the great need for God’s Word to be preached worldwide. In 2006, they married and moved to Honduras to teach in a bilingual school outside of Tegucigalpa. While there, they became even more aware of the need for churches that teach the transforming power of the gospel (Romans 10:17).

Aaron and Rachel moved back to Mississippi so that Aaron could get an M. Div. from Reformed Theological Seminary (RTS) in Jackson. While there Aaron served at Second Presbyterian in Yazoo City as the youth director and intern. Rachel taught at the local Christian school, then later left the classroom to be a full-time mom. The Halberts are currently serving in the capital of Honduras, Tegucigalpa, where Aaron pastors the church plant there. Their work includes discipleship, mentoring, and seeking to raise up godly men within Honduras to plant more confessional presbyterian churches. Please pray as their family continues to do the work of the gospel in Honduras.

CONNECT with the Halberts 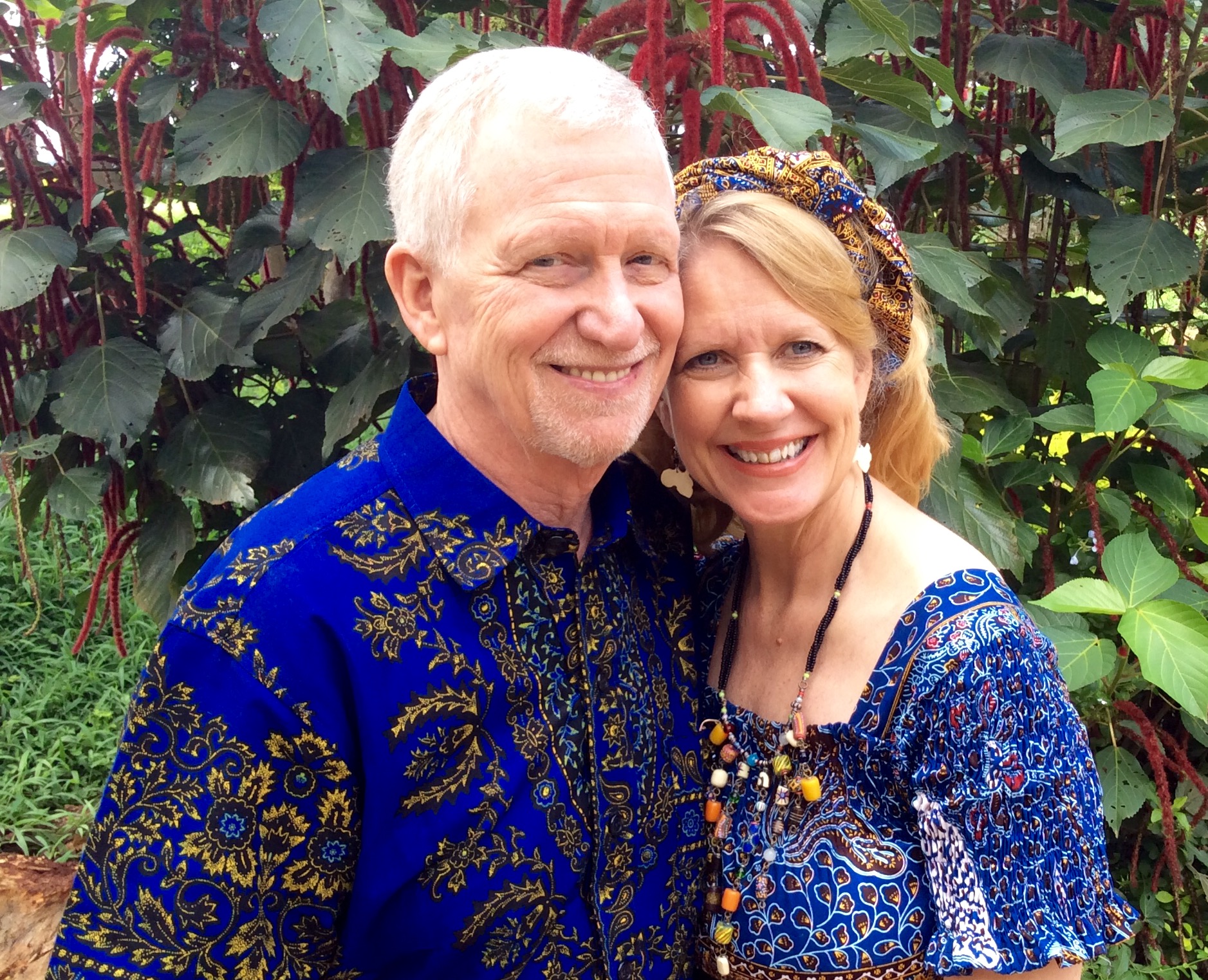 Tim and Cheri Hoke moved from San Antonio, TX, to Kampala, Uganda in 2008, where they continue to serve as servants, mentors, and teachers at African Bible University. ABU seeks to effectively prepare young Africans to be influential Christian leaders in government, business, and the church.Tim teaches Systematic Theology, Bible Greek, and Leadership in Ministry. Cheri teaches a variety of courses, including World Literature and Creative Writing.

Please pray that there would be a continued open door for the Gospel in Uganda, which has an ever-increasing Muslim presence, that the Alumni of ABU would deepen the shallow theology of Christian churches in East Africa, and that God would expand the reach and ministry of ABU in Uganda.

Helpful information if you would like to be part of our ministry in Uganda through financial support:

How to give by bank draft: https://africanbiblecolleges.net/EFT/

Please make checks payable to African Bible Colleges, write on your check or on a note attached to your check "Missionary Support - Tim & Cheri Hoke", and mail to this address: 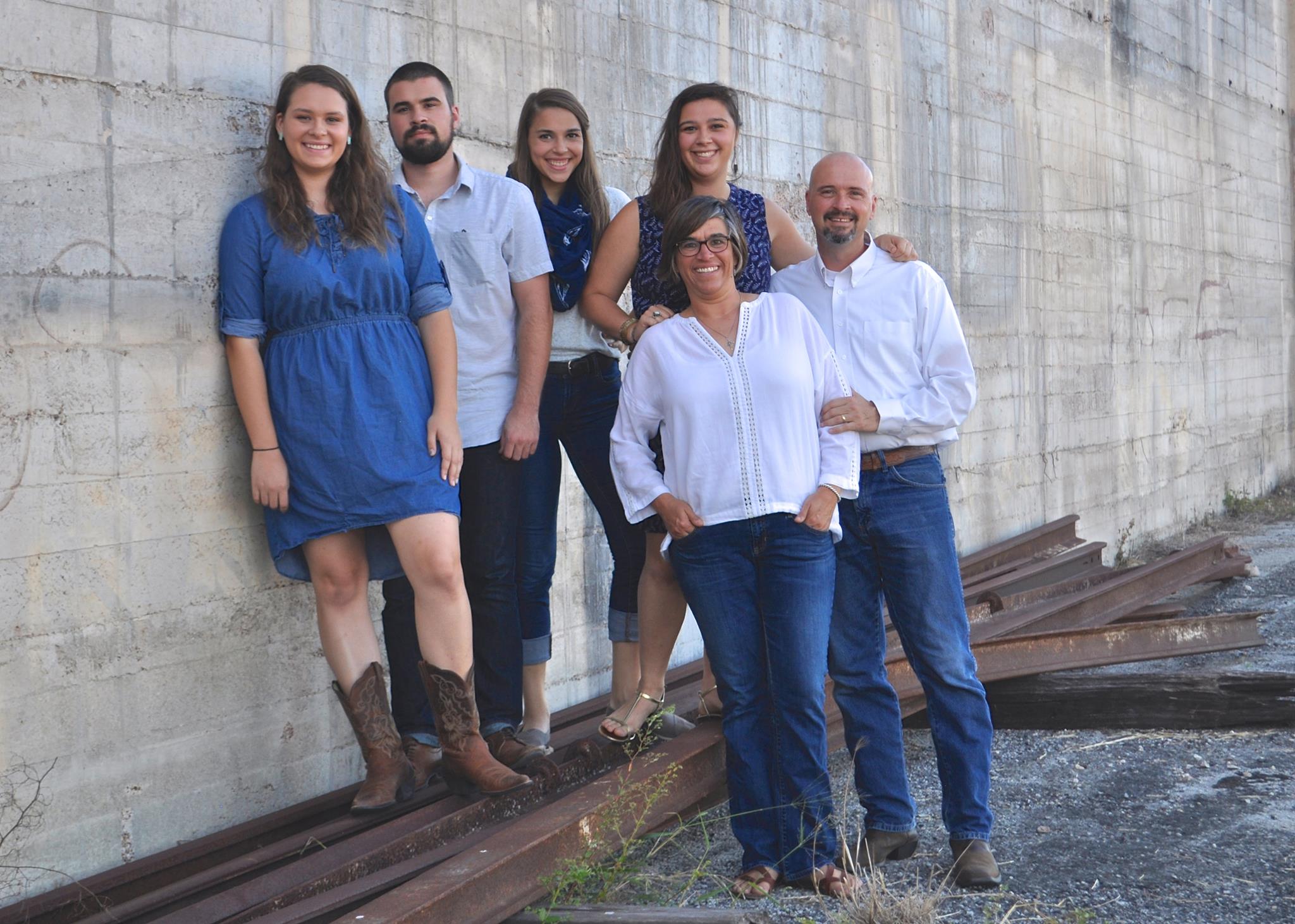 Tim grew up in western Michigan, Kristy in New Mexico, and both began to follow Christ as college students. After 20 years of service in the U.S. Navy submarine force, Tim retired from active duty in 2005 to Omaha, Nebraska.

The Holliday family is currently serving with Mission to the World in the eastern region of the U.S./Mexico border, where they work to spread the gospel through evangelism, church planting, and community development. Their hope is to continually use their gifts to serve those in need, to see God’s kingdom expanded along the U.S./Mexico border, and to see His church grow. Their desire is to live as described in Micah 6:8: “He has told you, O man, what is good; and what does the Lord require of you but to do justice, love kindness, and to walk humbly with your God?”

CONNECT with the Hollidays 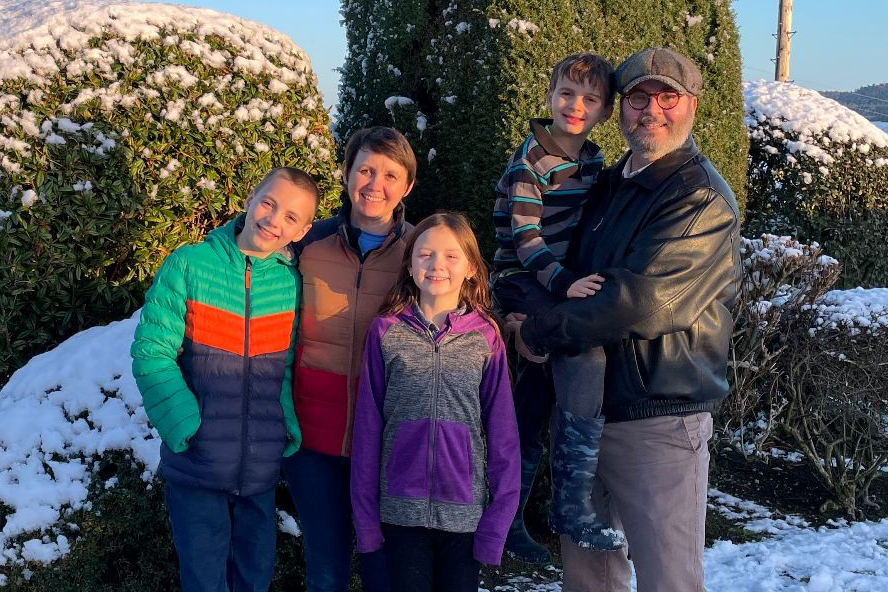 Josh grew up in a pastor’s home and began to develop a heart for ministry early in his life. His experience on short-term missions trips and in the Navy as a lay leader created in him a real passion for shepherding and church planting. This desire was cultivated at Reformed Theological Seminary and through interning and pastoring at The First Presbyterian Church of Jackson, MS.

Josh has recently been the pastor of Hexham Presbyterian Church and is now the interim Regional Director for MTW for the British Isles and Ireland. 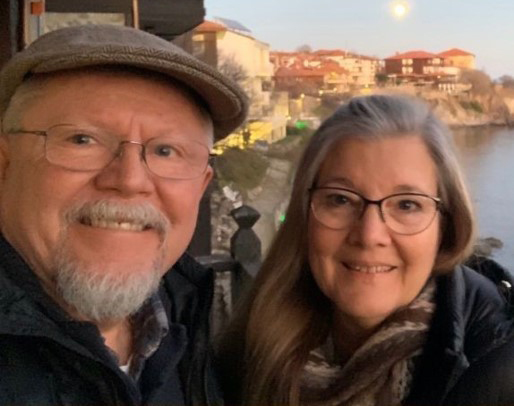 Dal and Beth were married in 1977 after meeting at Covenant College and have five “out of the nest” children. After church planting in the U.S., their adventure with MTW began in 1992 serving in Ukraine, followed by a few years in Spain to re-establish the Madrid church-planting team. The Stantons then served in Sofia, Bulgaria where Dal was the team leader, and both Dal and Beth helped to facilitate the “Daughters of Bulgaria,” a ministry to victims of sex trafficking.

Dal and Beth now are headed to minister to Ukrainian refugees in Poland. Please pray for Dal and Beth as they minister in this war-torn region and seek to minister the gospel to those whose lives have been torn apart. If you would like to learn more or donate to this ministry, follow this link to the Ukraine Crisis Church Fund.

CONNECT with the Stantons 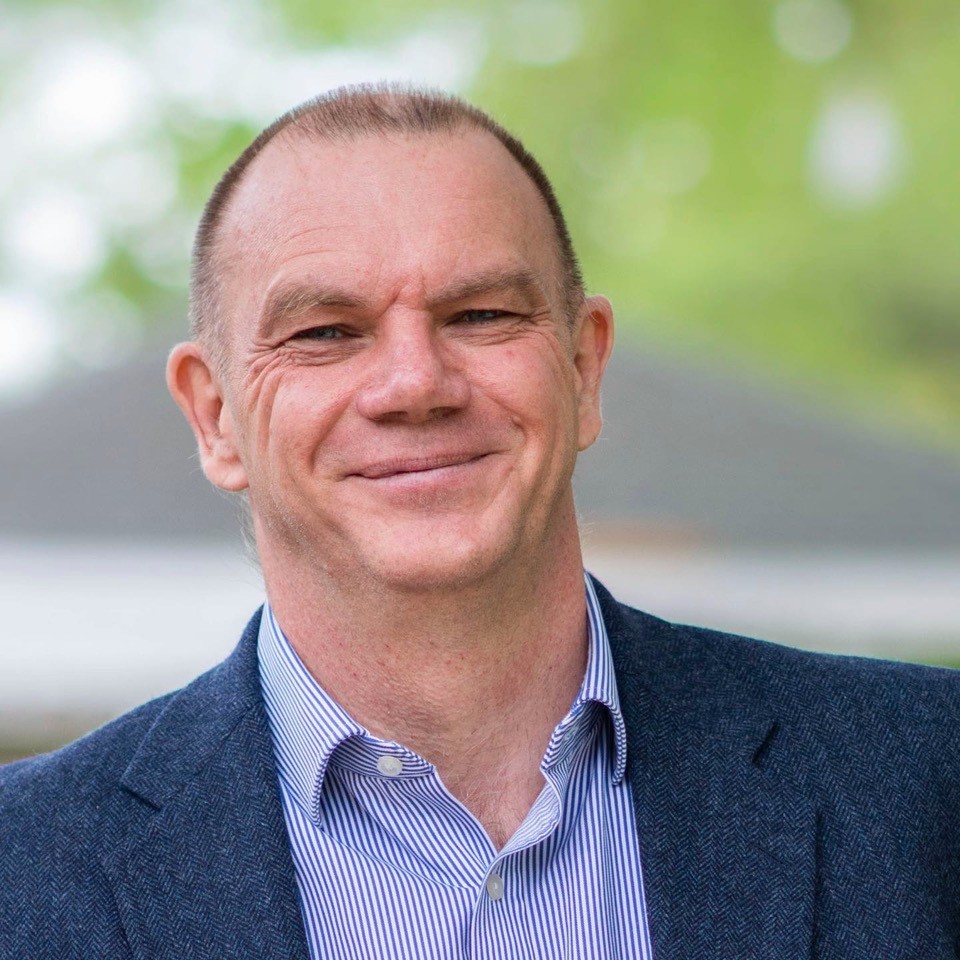 Julian Zugg was born in England and raised in South Africa. In 1986, he moved back to England. He read Law and qualified as a Barrister (US trial lawyer). In 2001, he graduated from Reformed Theological Seminary (M.Div. Jackson) and worked as an assistant/associate minster. In 2008, he was called as the Director of Theology at Belize Presbyterian Theological Seminary, Belize, preparing candidates for pastoral ministry in the Presbyterian Church and other denominations. He is currently the International English Director for Miami International Seminary, where his duties include teaching, writing, developing, and supporting MINTS centers worldwide.

Kurt’s desire to serve cross-culturally was confirmed while working with Operation Mobilization in England and East Asia. After returning to the U.S., he completed his M. Div. at Covenant Seminary to prepare for career missionary service.

Jill studied at Covenant College and then worked at her church for 10 years leading and discipling junior high students. Her interest in working cross-culturally grew through short-term trips to St. Louis, Guatemala, and Central Asia. While preparing to return overseas, Jill and Kurt met and found that God was calling them to similar ministries among Muslim peoples. They married in 2005.

Kurt and Jill serve on a church-planting team in Europe. Kurt began Mission to the World’s work there in 1998. Through the years Kurt has worked with national pastors and church leaders to facilitate church planting in the city. In 2009 he took over the leadership for the team on the east side of the city. Kurt and Jill currently work alongside nationals to develop local leaders and plant churches. Their ministry includes evangelism, discipleship, teaching, and equipping leaders. Please pray for Kurt and Jill as they seek to impact others with the gospel of Jesus Christ.

Though vibrantly colorful and unique, South Asia is a land of immense spiritual darkness and blatant idolatry. The small Christian Church is often infused with poor theology due to a lack of training for pastors and leaders. However, God is faithfully at work in this country, and John and Kelley Beth are grateful to be a part of His mission. John, serving in his home city, is involved in church planting and theological education while Kelley Beth is involved with discipleship programs for women and children. Their work focuses on strategizing and mobilizing church-planting efforts to reach the many unreached people groups in South Asia.

For the last eight years, Neal, along with his wife and their two children, has been in the field teaching theology and learning to establish theological education institutions. Neal is currently establishing a reformed seminary which will serve the Lord Jesus Christ by training pastors, church planters, and other servants of His church through mentoring relationships and vigorous academic programs of theological education grounded in the authority of scripture and committed to reformed orthodoxy. Reformed and Presbyterian churches are a small minority in East Asia and are in urgent need of more mature and committed church elders and lay leaders in order to grow stronger and to guarantee the sustainable growth in Reformed orthodoxy and practice.