At Christ Church, the Lord has provided leadership through men elected by the congregation. These men are officers - elders and deacons.

The Elders (the Session)
The Session of Christ Church is made up of the elders of our church. Elders are ordained and are of two sorts: Teaching Elders (or pastors) and Ruling Elders. The Session is responsible for the governing of the church, worship and the administration of the sacraments, and shepherding and discipline in the church. Elders are described in our Form of Government: “As he has the oversight of the flock of Christ, he is termed bishop or pastor. As it is his duty to be grave and prudent, an example to the flock, and to govern well in the house and Kingdom of Christ, he is termed presbyter or elder. As he expounds the Word, and by sound doctrine both exhorts and convinces the gainsayer, he is termed teacher.” 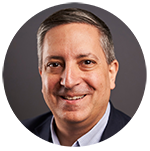 Rev. Fred Greco, Senior Pastor
Pastor Greco has been at Christ Church since 2006. He is originally from Buffalo, NY and is a former corporate attorney. He and his wife Deb have four children. 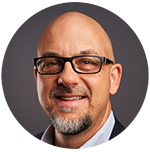 Rev. Jason Wegener, Associate Pastor
Pastor Wegener has been at Christ Church since 2017. He is originally from Kansas and is married to Amy with eight children. 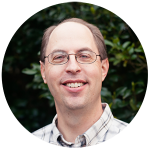 Mark Becker, Ruling Elder
Mark came to Christ Church in 2013 and returned from the Beaumont area after living there for a couple of years.  He is a former paper mill engineer and now serves with the Disaster Response ministry of Mission to North America.  He and his wife, Suzan, have 2 children. 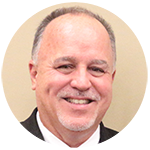 Daryl Brister, Ruling Elder
Daryl and his wife Barbara moved to Katy in 2002 and joined Christ Church in 2003. Daryl is involved with teaching adults and the finance & personnel committees at Christ Church. His company helps develop the capability of those working in operating type industries. 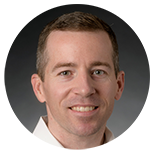 Mike Burns, Ruling Elder
Mike and his wife Stefanie have been at Christ Church since 2017. Mike is originally from the Tulsa, OK area. He enjoys teaching adult Sunday School and leading community group. He has been in various finance roles in the oil and gas industry since 2012. 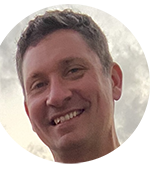 Dave Cias, Ruling Elder
Dave, an attorney, and his family came to Christ Church in 2014. He regularly teaches adult Sunday School and particularly enjoys the study of church history and New Testament.. 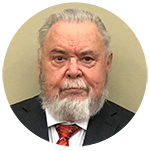 Neal Hare, Ruling Elder
Neal has been a PCA elder since 1976, and an Electrical Engineer in the oil and gas industry since 1968. He and his wife are charter members of Christ Church. 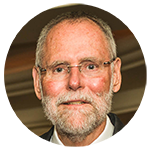 David Morris, Ruling Elder Emeritus
Dave was ordained as an elder in June 2012.  He is retired from Family Medicine at Kelsey-Seybold Clinic.  His many blessings include his wife, Nancy, two daughters and their husbands, and seven grandchildren.

The Diaconate
The diaconate is responsible for overseeing the mercy ministry of the church and administering the physical needs of the congregation. Deacons are described in our Form of Government: “The office is one of sympathy and service, after the example of the Lord Jesus; it expresses also the communion of saints, especially in their helping one another in time of need.” 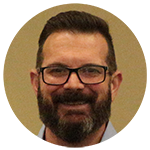 Brad Bailey (Vice-Chairman)
Brad and his wife Crystal, along with their four children, have been at Christ Church since 2009. Brad teaches adult and youth Sunday School, leads devotionals for ESL ministry, and assists with the youth group. Professionally, Brad is a Divisional Operations Manager in the oil and gas industry. 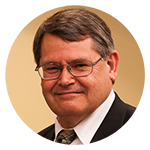 Ben Bosma
Ben and Mary have been members of Christ Church since 2013 after moving to Katy from Northern California. 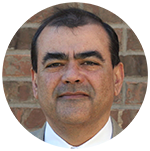 Arnaldo Espinel
Arnaldo joined Christ Church in 2011. He has been involved in the Mercy Ministry and occasionally teaches Sunday School. Currently is working on his Master's Degree at the Reformed Theological Seminary. Professionally he works in the oil and gas industry in Houston. 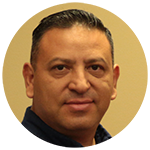 Benjamin Garcia
Benjamin is an Accountant, is married to Alicia, and they have two children. They came to Christ Church in 2014 from Mexico. Benjamin loves to serve and to support Christ Church, especially with Men´s Ministry. He served in his previous Presbyterian church as an Elder. 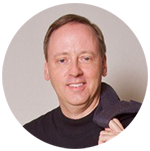 Ken Nesteroff
Ken and his wife Sharon have been at Christ Church since 2002.  Ken is involved in the global missions committee and occasionally teaches Sunday school and leads devotionals for the ESL ministry.  Professionally Ken is a business development and senior project manager for a company in the oil and gas industry. 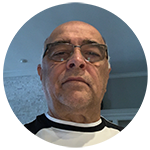 Moses Ribeiro
Moses and his wife, Ana are natives of Brazil but have called Houston home for 36 years. They have been members of Christ Church since 2010 and Moses has served as a deacon since 2014. One of Moses many responsibilities is to lead the Lords day committee. In their spare time Moses and Ana like spending time with their family and grandkids, visiting family in Brazil and traveling abroad. Moses owns a residential remodeling company.

Duane Thompson (Chairman)
Duane Thompson and his wife Elisa are native Texans and have been members of Christ Church for 11 years and have two boys. They have both been active in the church since day one. Elisa serves in the nursery ministry and both are regular greeters on Sunday morning. Duane is a regular teacher for Sunday school and especially enjoys teaching youth Sunday school classes. Professionally Duane is marketing Manager in petrochemical industry. 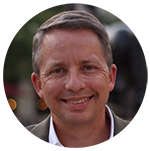 Glen Tyler (on sabbatical)
Glen, his wife and three boys have been members of Christ Church since 2010. Glen is involved in the men's ministry and occasionally teaches Sunday school. Professionally, Glen is Vice President of Sales for a company that supports the retail industry. 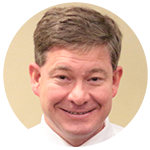 Michael Wright (Secretary)
After joining Christ Church in 2002, Michael and his wife, Kathryn began building a family which now includes 3 children. They both share a love for service to the church and the Lord. Professionally, Michael works as an engineering manager for a local consumer goods manufacturer.