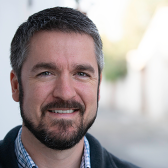 Nate Bonham and his wife Nikki have been missionaries for eight years in South America. Their desire for foreign missions began soon after they married in 2004. After several years working in secular vocations, Nate received his M.Div. and Nikki received her M.A. in Christian Education from Reformed Theological Seminary in Jackson, Mississippi. Nate is an ordained Teaching Elder (pastor) in the Presbyterian Church in America.

The Chief End of Missions: Our Joy

Charting a Course to Mission

The Chief End of Missions: God's Glory
View All by Nate Bonham