Wednesday arrived with the twin thoughts that there was still much of the week ahead, and that I was beginning to obtain a level of comfort with Uganda. It had been almost a week since I landed in Uganda, and I was becoming more and more comfortable with my surroundings. One specific thing that I noticed was my increased acclimation to the attitude and climate. When I first arrived, the hill road that went from one end of the ABU campus (where I was staying on the bottom of the hill) to the other (the chapel at the top) was a breath-stealing walk. But now with three or four round trips per day (are you reading, Deb Greco?), I began attacking the climb with increased gusto. The walk, while not excessively long, did highlight one of the major differences between Uganda and the United States. In Uganda, the main mode of transportation is walking. There are a few bicycles around, but rather than the performance bikes of sport riders, or the one-speed stylish accessories of hipsters, bicycles in Uganda are actually used most (to my observation at least) as ways to transport cargo. I saw far more men walking bikes with all manner of things on them – lumber, bags of charcoal, and even huge metal rods – than I did bikes being actually ridden. 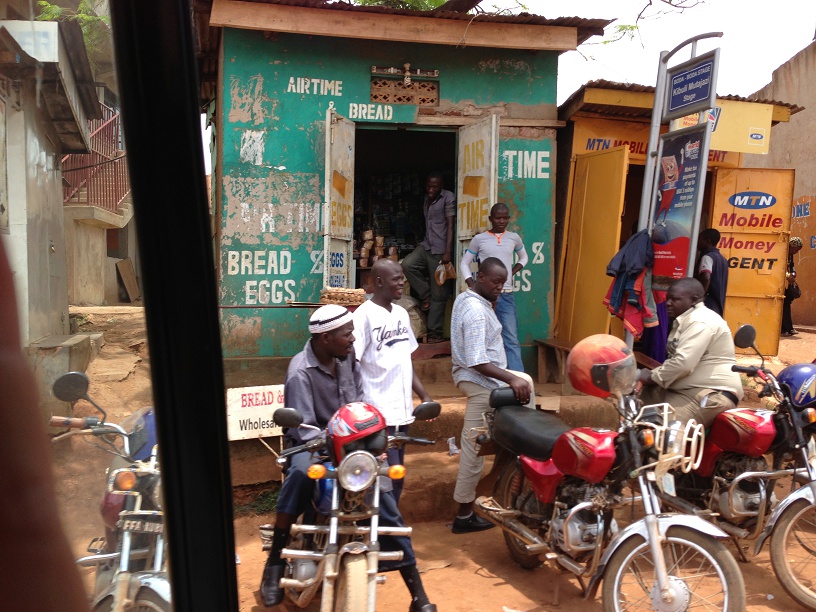 If you have farther to go in Uganda than your feet or a bike can take you, there are two main modes of transport: boda boda or mutata. A boda boda is basically a motorcycle that is used as a taxi. I have to admit that it was quite frightening to see ladies riding side-saddle with no helmet on the back of a motorcycle as it weaved in and out of traffic. A mutata is basically a van that is crammed full of seats and used as a taxi. For this American who hates to ride in the middle seat on an airplane, a mutata looks like a version of purgatory! One other thing that is interesting about the mutatas is that they display across the top of their front or back windshields various forms of “advertising.” A few have actual advertising of products, but most have slogans on them. I was very interested to see that some had “Praise Jesus” on them, while others had “Read the Koran.”

I opened the day’s sessions at 10am with a sermon on 2 Kings 5, “Naaman the Israelite.” The story of the pagan Syrian leper-general who meets the living God through His prophet is a wonderful story of how grace comes to those whom we do not expect it would come. As has been the case throughout the week, the students paid close attention and were encouraging. At the noon hour, Pastor Johnson continued his series on the resurrection in Matthew 28. On Tuesday, he had focused on the witnesses to the resurrection in the chapter: the women, Jesus, and even the soldiers. Today, he focused on the power that the resurrection gives us to preach the gospel, as shown in the Great Commission (Matthew 28:18-20).

As we approached the evening session, we ate dinner at the home of my friend who was a seminarian with me in Jackson years ago, Bentry Mhango. He is originally from Malawi, and went to the United States to complete his education. He is now an instructor at ABU in Uganda, and his wife, Hluphe, is a student. Hluphe wanted to be more involved in what Bentry was doing at ABU, so after a few years she decided to be a student! 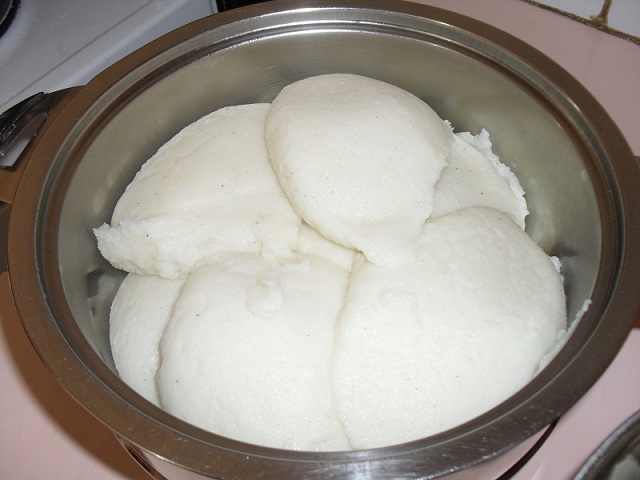 We ate nsima, which is a traditional Malawian food. Johnson and Peter were delighted, and insisted that I try it. Nsima is a whitish paste like ball. It tastes a bit like grits, but smoother. You dip it into the sauce that is on your plate, and it is piping hot. After dinner, we started to head off to chapel for the evening service. Along the way, we were told that the service was canceled because the City power had gone out (an all too frequent occurrence). ABU has done a great job of preparing for such contingencies, by having a generator on campus. Unfortunately, the generator had been on most of the day, and was having problems. So we went back to Bentry’s to tell him service was cancelled, because we was leading in chapel. 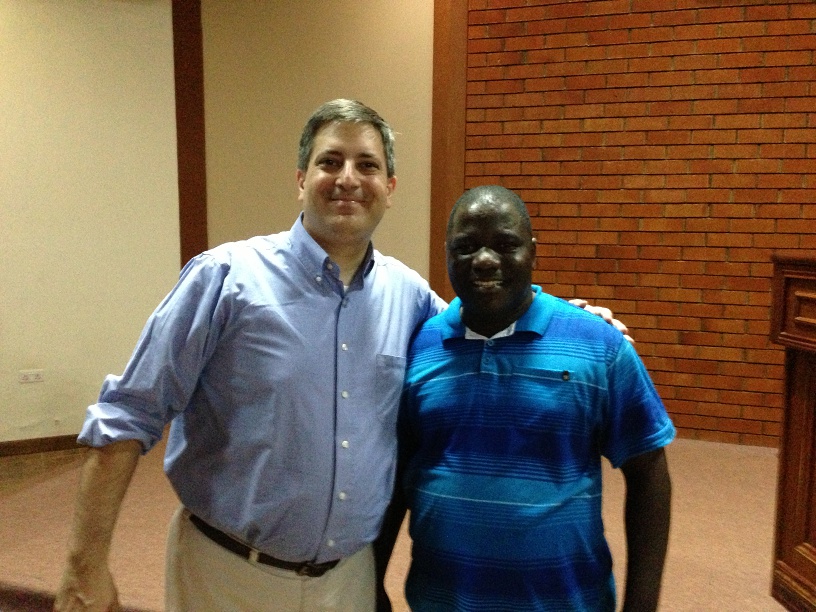 Then as we went back again from Bentry’s, we were told that the service was back on! We praised the Lord – but, this situation repeated itself a couple more times – on again, off again. Finally we were told definitively that the service was on, because the generator for the ABU radio station was being used. In the end, the lights flickered a few times, but about half way through the sermon, the City power came back on. I was glad that we were able to worship, and I was blessed by an excellent second sermon by Henry Morris on Isaiah 6.