The Westminster Divines on the Necessity of Holy Scripture 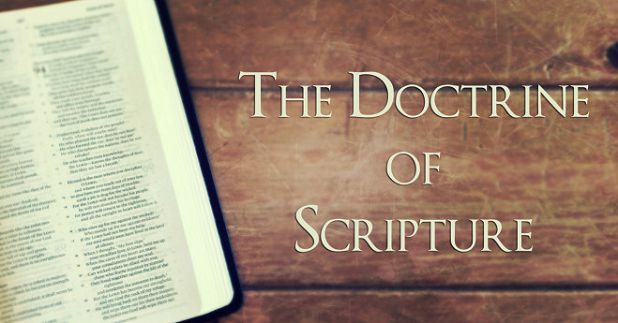 When the Westminster divines underscored, as they did in the first paragraph of the first chapter of the Westminster Confession of Faith, the necessity of Holy Scripture due to the cessation of God’s work of special revelation, they were but echoing the emphasis of the Holy Spirit Himself as expressed in a text such as 2 Peter 1:19-21. For if it is the will of the Holy Spirit (according to the testimony of the Apostle Peter) for us to have and to read the “prophecy of Scripture,” then it follows that God Himself deemed Holy Scripture to be most necessary for the being (esse) of His church. As William Whitaker expressed it in his Disputations, “God does not teach us now by visions, dreams, revelations, oracles, as of old, but by the scriptures alone; and therefore, if we will be saved, we must of necessity know the scriptures” (p. 521).

But even long before Whitaker, this was an early church sentiment as expressed by Augustine of Hippo in his exposition of the 144th Psalm, “We might well have believed him [i.e., the Lord] if he had chosen only to speak to us, but he wanted us to have his scriptures to hold onto; it is like promising something to a friend and saying to him, ‘Don’t rely on word of mouth; I’ll put it in writing for you.’ It was necessary for God’s written guarantee to endure as each generation comes and goes, as the centuries roll by and mortals give way to their successors. God’s own handwriting would be there for all the passers-by to read, so that they would keep the way of his promise.”

Indeed, God has, in His grace and mercy to undeserving, given us His word in writing, but that word is of no use to us if we do not avail ourselves of reading it, or having it read to us. This is where the counsel of another early church preacher is helpful to us. Given the reality of our present situation of “social distancing” with respect to COVID-19, we have opportunities to engage ourselves in the reading of Holy Scripture. And that ancient minister, Caesarius of Arles, exhorts us in words that are just as relevant today as they were for the people of his day in the sixth century: “I beseech you, beloved brethren, be eager to engage in divine reading whatever hours you can. Moreover, since what a man procures in this life by reading or good works will be the food of his soul forever,” and then anticipating the excuse of illiteracy, he proceeds to say, “let no one try to excuse himself by saying he has not learned letters at all. If those who are illiterate love God in truth, they look for learned people who can read the sacred Scriptures to them. This we have learned even illiterate merchants do, for they hire literate mercenaries and through their reading or writing acquire great profits. Now, if men do this for earthly wealth, how much more should we do it for the sake of eternal life? It often happens that a learned person may be poor in food or clothing, while one who does not know letters has more abundant wealth. The illiterate man who abounds in earthly goods summons the poor learned one and they mutually give each other what they need. The one by reading feeds the other with the sweet word of God, while the other by giving material substance does not allow his neighbor to suffer want.”

Sometimes God’s providence has a way of stripping away every excuse we may offer for not reading His word, and asking Him to use it to form and norm our lives according to His standards that we may become more conformed to the image of our Lord Jesus Christ. Let us regard our present providence as a special means of God’s grace to us, and return once again to the old paths of His holy and infallible word. As the old adage states, there is no time like the present!

The Westminster Divines on the Interpretation of Holy Scripture

A Present Lesson in Providence

The Westminster Divines on the Necessity of Holy Scripture

The Westminster Divines on the Doctrine of Holy Scripture

What Is Your Estimate of the Cross?

Keeping of the Heart

The Valley of Humility

Hearing the Word of God