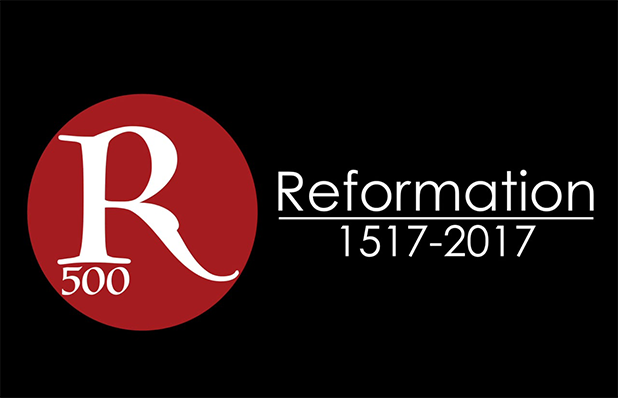 It started with one man… 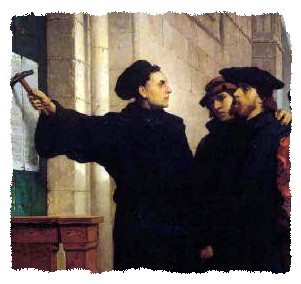 One Augustinian Monk, who had been wracked with guilt throughout his life because he knew he could not measure up to God’s standards of righteousness, studied and lectured on the Biblical books of the Psalms, Hebrews, Galatians, and especially Romans. He had come to the conclusion that sinners are justified by God’s act of declaring a sinner righteous by faith alone in Jesus Christ alone through God’s grace alone. That monk, Martin Luther, put it this way: “All have sinned and are justified freely, without their own works and merits, by His grace, through the redemption that is in Christ Jesus, in His blood.” It was like a bomb had gone off in the theological world. The Church had been teaching at that time that a person’s good works were necessary for justification. This teaching came to a height in the sale of indulgences, which were a way to reduce the amount of punishment one has to undergo for sins. In order to raise the funds necessary for the completion of St. Peter’s Basilica in Rome, Pope Leo X had given Johann Tetzel permission to sell indulgences in Germany. Luther protested the practice of selling the remission of sins, and posted his famous 95 Theses on October 31, 1517, on the door of All Saints’ Church in Wittenberg calling scholars to a debate concerning indulgences and justification. That date is often referred to as the “start of the Reformation.”

But God had been at work…

But the truth is that God had been at work reforming the church for many years before that. Luther may have lit the match that started the formal process of leading reformers out of the Roman Catholic Church and into Protestant churches, but others had been used by the Lord to spread his truth. The Waldensians preached renewal throughout Europe in the 13th century. John Wycliffe translated the Bible from Latin into the vernacular English so that it could be read by his countrymen. Jan Hus spoke out against indulgences in the 14th century, and taught on the Lord’s Supper and the doctrine of the Church. By the time Luther had come on the scene, there were also a number of theologians who were ready to teach and advocate for reformation.

What do we celebrate?

We celebrate a return to the Bible as the source of God’s truth. The Church is Christ’s bride on earth, but the Church is bounded and established by the Bible, not the other way around. The Church is not free to change the truth of God’s Word, but must preach God’s Word to the watching world. We celebrate a renewed emphasis on preaching, study of the Scriptures in their original languages (Hebrew and Greek), worship by the whole of the congregation in accordance with God’s Word, and limitations on Church power over the conscience.

What are the main principles of the Reformation?

Over the next five weeks, we will be looking at these five Reformational principles in our morning worship services. We hope that you can join us for this new sermon series as we seek the Lord in His Word to guide us into all truth.