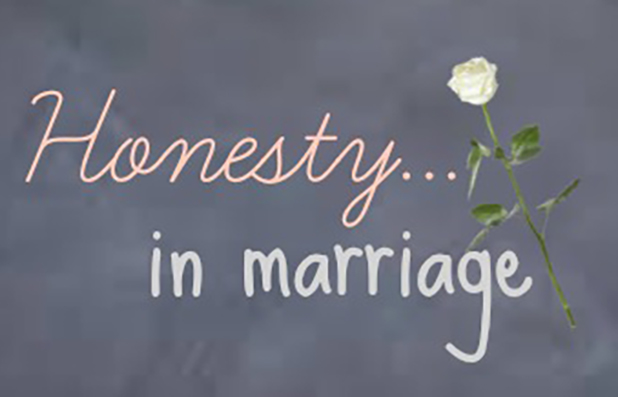 “Do not lie to one another, seeing that you have put off the old self with its practices and have put on the new self, which is being renewed in knowledge after the image of its creator.” (Colossians 3:9-10)

Of the hundreds (or perhaps thousands) of sermons that I have heard in my lifetime, only a few have stuck with me over the years like one that I heard on Colossians 3 in the mid to late 1990’s. We had just begun to attend a reformed Baptist church in Kansas, and I was drinking deeply of God’s word and delighting in the expositional preaching that I was under. I remember the preacher introducing this text saying something to the effect, “I trust that, as believers in the Lord Jesus, you do not wrestle with lying.” I heartily agreed then, as I do now, that lying does not and should not characterize the life of a follower of Christ. However, I am also aware, and perhaps more keenly now than then, that our lack of honesty can become quite stealthy and sophisticated. Honesty is vital in all areas, and especially in the marriage relationship. This will be the first of two parts considering this topic. The first will deal with why God demands truthfulness in our relationships. The second will seek to understand some of the ways that we tend to hide and “color” the truth and offer some practical means for pursuing truth in marriage. And while the marriage relationship is the primary relationship being considered, most of these principles apply to all our relationships.

The Importance of Truth

God is truth. One of God’s fundamental attributes is His truthfulness. It is one of the things that makes Him trustworthy. It is closely aligned with His holiness and justice. If God were not always truthful, He could not be trusted. Relationships are built on trust, and a dishonest person cannot be trusted. Fortunately, God cannot lie, so we can safely place all our trust in Him. Scripture does not seek to prove God’s truthfulness, but rather accepts and confirms it as universally accepted (Titus 1:1-2, Heb. 6:18). God demands honesty of us in the 10 commandments (Ex. 20:16). Each of the commandments reflects who God is. His character is seen in His moral law. Truthfulness is fundamental to who God is and He chose to emphasize that by including it in the 10 commandments. And that brings us to the next point.

We are called to reflect God’s truthfulness. We should love God’s law, as it shows us who God is. As mentioned, it is an extension of His character. Therefore, we should seek to obey the law, not simply out of compulsion, but out of love for the lawgiver and a delight in Him. As believers in Christ, we are called to put off the old self and put on the new self. It is part of being the “new creation” that Paul describes in 2 Cor. 5:17. As image-bearers of God and as those who are have been made new in Christ, we are called to speak and live truthfully. Conversely, as Col. 3:9 tells us, dishonesty is part of the old life- the old self, that we are called to put away! When Adam and Eve sinned, they hid. They wanted to cover themselves. God sought them out and mercifully exposed them in their sin. From these earliest pages of Scripture to the end (Revelation 21:8), God condemns lying and calls His children to honesty toward Him and towards each other.

Honesty should be increasingly present in the life of the believer. Because it is the mark of the new life, honesty should be increasingly easy to pursue and more and more native to our speech and actions. We should grow in our knowledge of God and ourselves. We should learn where we are tempted to hide from God and from others. We should grow in our knowledge of our own sin, and of God’s great grace. A saint that is growing in holiness should be increasingly aware of the futility of hiding from God. God knows everything about us. He knows our words. He knows our thoughts. He knows our desires. It really is pointless to try to hide from God. As Paul mentions in earlier verses in Col. 3, we have died (with Christ) and our lives are hidden with Christ in God. We are dead to the old ways of sin. We have been united with Christ and we are called to live in a way that reflects that. Dishonesty has no place in the words or actions of a disciple of Christ. We are called to live lives of honesty- looking to Christ our Savior, who completely and faithfully obeyed His Father’s law!