On Saturday, there was time for a day trip. I was not scheduled to do any preaching until Sunday, so Tim and I planned a trip out to the Rafiki village near Kampala. For those of you who are not familiar with Rafiki, it is a ministry to orphans in Africa. Rafiki means “friend,” and the friends of orphans have set up villages in Liberia, Malawi, Nigeria, and Uganda. Ed and Donna of our congregation had served for years with Rafiki before coming back to the United States, and our Vacation Bible School last summer featured Rafiki as our missions focus. As a result of these connections and a familiarity with Rafiki in general, I had decided that I could not let the opportunity pass to go to a Rafiki village that was so near. 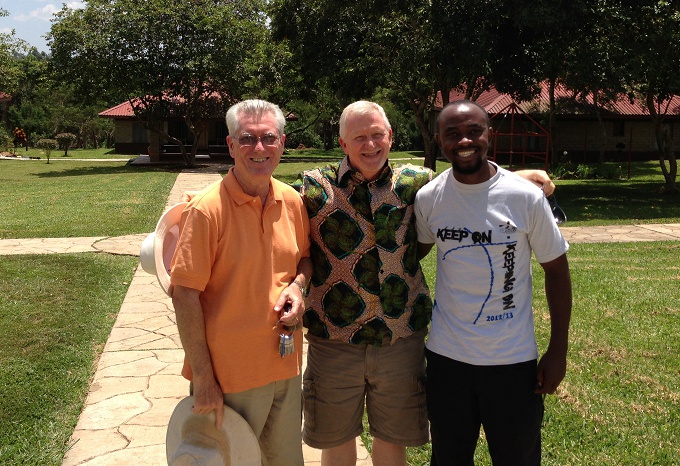 Tim recruited one of the ABU students, Roland, to be our driver for the trip. It was not too long into the trip that I understood why – the traffic and driving in Uganda is not for the faint of heart! There are no signal lights or stop signs to speak of. Drivers do a sort of “dance” (to use Tim’s phrase) to get through busy intersections. I confess I had to close my eyes several times, and I thanked the Lord for Roland’s skill. The only thing that makes it possible is that Ugandan drivers have much more patience than American drivers. If you have ever tried to merge into a busy traffic line, you know how hard it can be to get a fellow drive to yield and “let you in.” In Uganda, this happens all the time by necessity! Roland navigated potholes, traffic, bystanders on the road, animals, and all sorts of challenges with the ease of a young person playing a video game. While we drove, we had excellent conversation. Roland is an Anglican second-year student at ABU, and has a great passion for the Lord, and His Word. In a culture where it is dangerous to stand on God’s Word without compromise, Roland is already learning how to serve the Lord. As Tim put it with a wise pastor’s statement: “Roland, you will pay a heavy price for standing on the Scriptures, much more than we would in America. But that heavy price will be a blessing and benefit to your children and grandchildren. They will benefit from your sacrifice.”

When we did get to the Rafiki village, I was amazed at it. It was so organized, so clean, so ordered – a COMPLETE contrast to so much of Uganda (and America for that matter!). The best word I could use to describe it was “military” in the most positive organizational sense. The structures were clean, all the walls were at right angles, the restrooms were dry and clean, and the kitchen could have served a four star restaurant! Mike Ennis, the director of the village met us and took us on a tour. We went into one of the homes where 10 small girls were living with their Rafiki “mother.” The girls came up to me and clearly told me their names, and they had smiles that would melt hearts of ice. They took me on a tour of their rooms, and giggled with delight as I praised them for neat beds, including top bunk beds! We looked at the “Rafiki rules” on the bulletin board that encouraged them to be kind to one another, listen and obey their “mother” and be thankful to the Lord. After that, Mike took us around the village, where we saw innovations that they are putting in place. We saw the solar panels on buildings that are used to heat water for baths and showers. We saw classrooms with musical equipment, classrooms with a few laptops to teach typing, and a small children’s library. It was a great blessing. 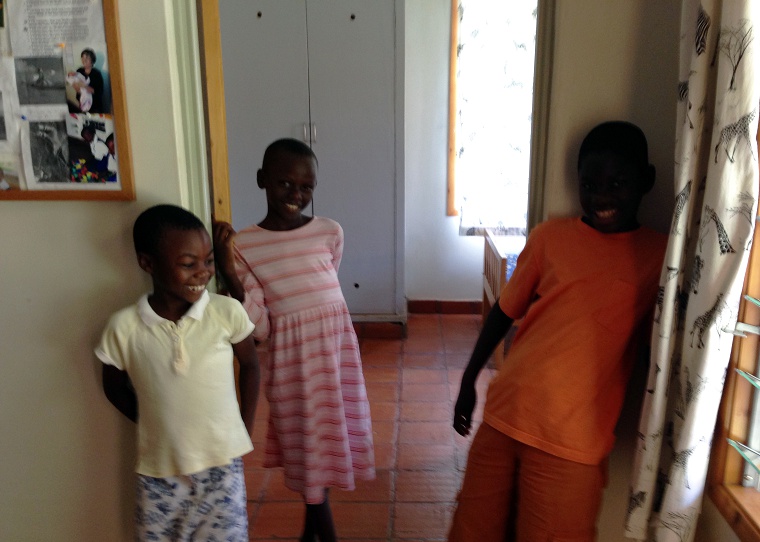 After an hour or so, we went back on our way home, threading the needle of traffic and diesel exhaust. We stopped at a local outdoor shopping area, where I picked up a few thing for Deb and the kids. That was also interesting, as we talked with the merchants and they tried to sell us all manner of things. I continue to be struck by the patience of the Ugandans, and also their tenacity. I am growing to like this country and its people more and more every day! On my next update, I will describe my experience of worshipping at New City Presbyterian Church in Kampala. Until then, may the Lord bless you and keep you.

Enjoying your posts Fred. What a great opportunity to see what God is doing in Uganda, and in the lives of these precious children. Hope you have a fruitful and enlightening visit.