Update: NEW face coverings policy for June 28, 2020. For information on this, read more...

God in the Book of Esther 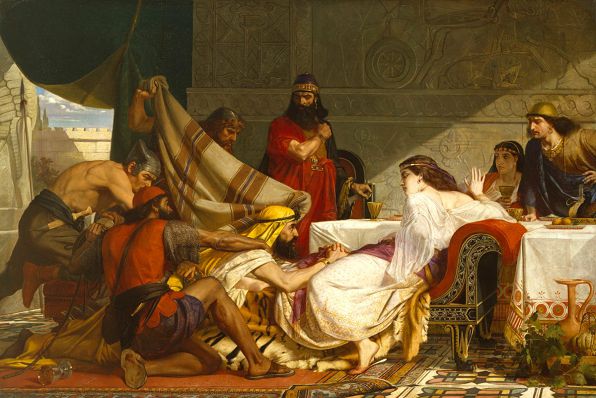 In the last few months, the Youth Group of CCK has been studying the book of Esther. This is a book that teaches us much about the character of God and the kind of love he has for His people. For us to properly understand the book of Esther, it must be viewed in light of its redemptive-historical context. The events of Esther take place in the land of Persia during the reign of the great King Ahasuerus (or Xerxes) around the year 480BC. God’s people, the Jews, have been there for quite some time. You may recall that God’s people suffered a tremendous defeat when they were exiled from the land by the Babylonian army in 597-586BC. Scripture teaches us that this exile was a punishment for Israel, who had broken God’s covenant with their sin and unfaithfulness. In judgment, God raised up the Babylonian army to seize his people and destroy Jerusalem. Fast forward a little more than a hundred years later and one regime change, many Jews are still living in exile, yet under the Persians. At this point, Jerusalem, the Temple, and the priesthood are a distant memory for the Jews. This generation has only heard the stories of God’s glory inhabiting the Temple but has not seen or experienced it themselves. You can imagine what it must be like for the Jews at this time, being so far removed from the blessings they once had. Likely, they fear that God has abandoned them. After all, the Jews had been expelled from their land of blessing. They were unfaithful to the Lord time and time again. Perhaps they indeed were on their own now, without God and hope.

Yet if the book of Esther teaches us anything, it is this - God does not abandon his people. In a period of great darkness, rebellion, and fear, God still loves, cares for, and protects his people. The book of Esther is a rescue story. When all seems lost, and when the threat of extermination looms large for the Jews, God comes. Esther reminds us that God is indeed present sovereignly over all things. He is the author of all history. His people will not be wiped out. He will never let it happen.

In 480BC, God’s people needed to hear this message. God still loves his people; he does not abandon or forsake them. Perhaps we need to hear this message as well and be reminded of not only his providence, but his sacrificial love for those covered by the blood of Christ. “Once God has spoken; twice have I heard this: that power belongs to God, and that to you, O Lord, belongs steadfast love.” (Psalm 62:11-12)

Why Buy a Systematic Theology?