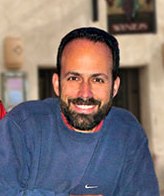 About the Speaker: Tito was born in San Antonio, TX, but raised in a Puerto Rican family that traveled around the world because of his father's service in the US Air Force. He came to faith in Christ during his first year of college (Univ. of Maryland). After working as a social worker for a number of years, Tito attended Reformed Theological Seminary in Jackson, MS, after which he served as a missionary with MTW for 21 years. He is now the pastor of Las Tierras Community Church in El Paso, TX.